FreeColour steps into the Pantone breach 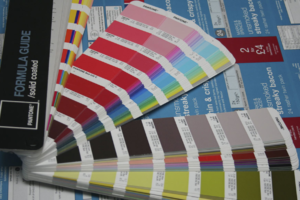 With Pantone seeking subscription payments from Adobe users, the search is on for a more accurate way to specify colour, as well as a less costly way. FreeColour may have the answer.

A consortium of colour experts from across different disciplines has come together to end the issue of “argumentative swatch books”, where one swatch book will not match another. This has been a feature of the Pantone world where different CMYK colour spilts are suggested for the same colour and between different colour models used in printing, industrial paints, interior decor and fine art painting. With the confusion caused by the split between Adobe’s Creative Cloud applications and Pantone, there is renewed and accelerating interest in the the free to use open source approach to specifying colour.

The solution, says the FeieFarbe Association, is to work with an independent colour space, which is agreed to be Lab, but to map that through HCL, Hue Chroma Luminance, which focuses on the relationship between colours, brightness and tones.

Spokesman Kaarsten Faeßer-Eitle says the aim is to create a way for those responsible for specifying colour to communicate with each other. Currently each industry has its preferred and accepted colour model and set of proprietary swatches, Pantone for graphic design, for example.

“Trying to translate from one colour to another means it is easy to miss the goal,” he says. “We realised there was nothing on the market to help people communicate in a modern and appropriate way. We have some experience of using spectral data, Lab, to communicate but it is not easy. And that led to an investigation about what to do to create a swatch book that is based on spectral data but which is easier to handle.”

The HCL model uses each of the attributes of a colour and shifts those without changing the other attributes, so it becomes simpler to ‘make it brighter’ than by using the three dimensional plots in Lab alone.

The underlying data remains spectral data that can be recorded, collected and used in a swatch book for a project that can be understood in printing, textiles, decor and other areas where colour intent has to be communicated.

In a blog commenting on the initial announcement that Pantone and Adobe were divorcing, the associations’s board, said: “The importance of Pantone will decline… sooner or later, Pantone will prove to be what it has been at its core ever since Lawrence Herberts set out to change the world of colour with his system in the 1950s as a part time employee of an ink manufacturer: a brainless dinosaur that at some point can no longer cope with the demands of a changing world – so the rampant marketing with ‘Pantone hotels’ and the ‘Color of the Year’ is of little use.”

It said it was working on an alternative solution for those affected. Independent colour management business MatchMyColour, which works across industries for major brands, has adopted the HCL model. “They work with brands where there are multiple spot colours that have to be printed to very tight tolerances,” he says. “It is a great help in formulating the correct ink to be printed.”

Colorgate, a Rip producer for large format inkjet presses, has also included HCL. “Using this is completely free of charge,” says Faeßer-Eitle, “letting designers create themes for a project and building the swatch information into the design application they are using.”

Prepared on the basis of information from Print Business